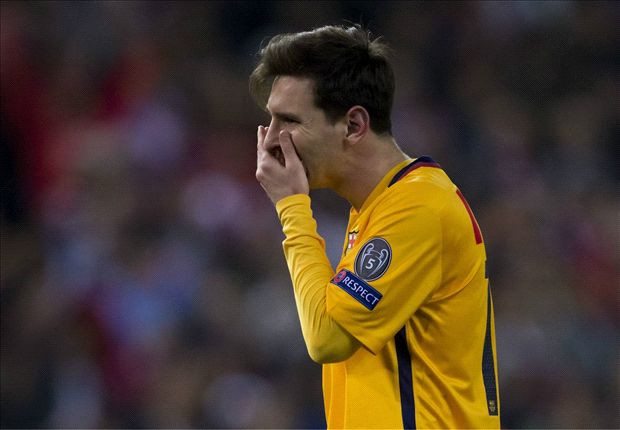 The barcelona forward made it five games without a goal as he once again failed to find the net in the Champions League
quarter-final second leg defeat to Atletico Madrid. The 28-year old was kept at bay by Atletico Madrid for the second time in just over a week on Wednesday, as Messi once again failed to find a way past Jan Oblak in the Champions League quarter-final.
Messi’s barren run now stands at 452 minutes, with his last goal for the catalians having come against Arsenal on March 16 –
and it’s six years since he went through a
similar spell without a goal…!