The Nigeria legend believes his accomplishment with the north London side was the lucky charm for African players to thrive in the English topflight
click here.. 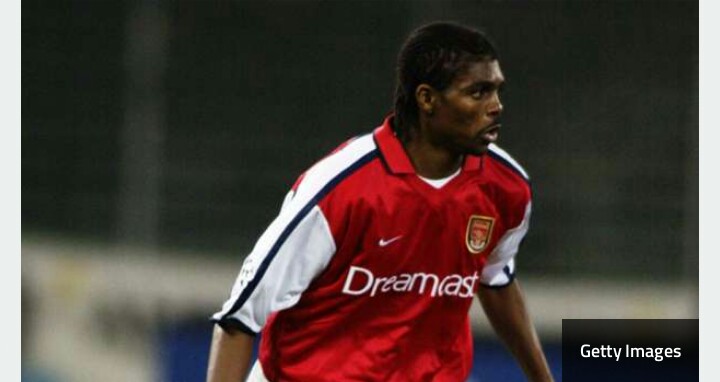 Kanu Nwankwo has said his success with Arsenal paved way for more African footballers to play and thrive in the English Premier League.

The former Super Eagles skipper joined the Gunners in 1999 and helped Arsene Wenger’s men lift two Premier League trophies, two FA Cups during his five year at the club where he boasts of 44 goals in 198 games.

February 18 marks his 17th anniversary of signing for the club, and the 39-year-old has fond memories of his time in north London.

“I believe I was the first [African] person who came to England and did very well,” Kanu told Arsenal Player.

“After that, the doors opened for African talents so, with Arsenal behind me and what we did with Arsenal, everybody now tends to follow the English league.

“When I came over I saw a good coach who saw the best in me. I was a good player because he made it easier for me to play.

“Everybody believes that English football is all about playing the ball up, not keeping it on the ground, but Arsène has his own idea of football and it made it easier for us. He wanted us to play football the right way, he wanted us to enjoy it by passing the ball around and that’s what we did.

“It was very easy to adjust when you saw the fans. The supporters are behind you and they love you and what you are doing and that means you have to do more. If you keep doing more, they keep loving you and it was very easy for them to adopt me.

“I had the skills and the tricks the fans really love. When I left Arsenal I still had the fans on my mind and since then I’ve been supporting the club,” he concluded.